How to Import Data from a Website to Google Sheets

Import Data from Tables in Website to Google Sheets

One of the most common ways of displaying large chunks of data is by using tables. HTML tables are dead easy to code and generate so people tend to use it very often. You can find it on Wikipedia but also on websites such as Expatistan or Numbeo (Screenshot below)

As you can see from this image, there is clearly two columns: One for the factors and one for the values.

To get the table from a website to Google Sheets, we need to take a deeper look at what the formula we are going to be using, =IMPORTHTML, requires.

Looking at the formula, it requires a URL, the kind of data we’re looking to extract (Either a list or a table) and an index.

Looking at our Numbeo page (https://www.numbeo.com/cost-of-living/in/Paris), if you inspect the code and look for how many <table> elements there is, you can notice that the table that contains the data depicted two screenshots above is in the third table present in the source code.

Knowing that, we can start crafting our formula like this :

And here’s the result:

Now, there is a nice use case for Numbeo. You could for instance automatically extracts the full table’s data of multiple pages in the same spreadsheet.

To do this, let’s create a column A dedicated to URLs and the row 1 to the factors names.

Now, instead of just using the IMPORTHTML formula as we did before, we need to tweak its output using other formulas, namely TRANSPOSE and INDEX. The output generated by the IMPORTHTML formula alone is a table that is three columns wide and 65 rows long. The format of our table is made so that the factors should be the columns and the headings should become rows. The formula =TRANSPOSE does just that.

Despite being in the right direction, this formula is still unusable for our purpose. The goal now is to make the formula only outputs the second row here. To do so, the formula INDEX is going to come handy.

And that’s it. Now we can add more cities in the URL column, drag down the formula and watch the data unfolds.

Now, if the website you’re looking to scrape with Google Sheets does not consist of tables and lists but raw code, you may need a formula a bit more powerful to get the job done. Meet =IMPORTXML.

Like IMPORTHTML, the recurring element here is the URL. The Xpath Query though is a concept that is trickier to grasp. The way I explained it in my article that teaches how to monitor Youtube channels in Google Sheets is as follows:

To fill the Xpath Query of the IMPORTXML function, we need three elements from the information we’re trying to pull out of the website:

For instance, let’s get on Bloomberg’s Stocks website on this page (https://www.bloomberg.com/quote/SPX:IND) and inspect whatever this big number in bold means:

Based on this result, this is how you would use the IMPORTXML formula:

And boom, that’s it. If you follow the same logic that we used to automatically generate results for the Numbeo spreadsheet, no doubt you can use the same tweakings to scrape multiple pages of the same website all in one spreadsheet.

If you’re encountering difficulties with IMPORTXML, it is sometimes useful to look into how we could import the content of JSON sources into Google Sheets.

A neat feature that Google Sheets allows is to import RSS feeds inside a spreadsheet. I haven’t found a real use case for this formula but maybe you peeps will think about something. Anyway that’s how it looks when used with my own RSS feed:

And that’s pretty much it. I hope this article has been enlightening for you. If you have any question on how to use one of these formulas or are encountering any issues, don’t hesitate to leave a comment in the appropriate section down below and I will get back to you and try to find a solution.

As always, thank you for taking the time to scroll through my article and I will see you again soon. 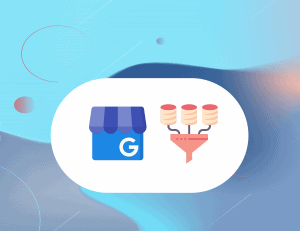 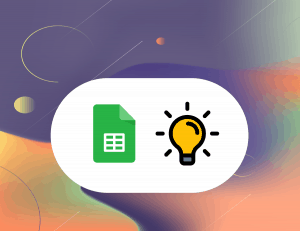 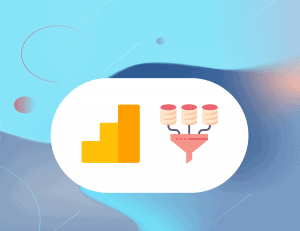